How Much Food Should a Cat Eat?

The question of how much to feed cats is a complicated one. After all, it depends on a lot of factors. However, there are certain guidelines for how much to feed a cat on average. People should not be overly worried about whether or not they are following those guidelines exactly.

However, those guidelines should inform some of the feeding decisions that they do make. Designing a diet for a cat is not as simple as using a cat stain vacuum cleaner. The ideal diet for cats can vary.

People who use basic food for cats from the store will be able to plan out a cat’s diet more easily than the people who are trying to feed cats natural foods or some other holistic diet. The people who do this should always work with vets in order to get it right.

Cats are obligate carnivores, which is something that all people should remember. Even dogs cannot really live off vegan diets. Cats are not omnivores and need meat. Most food for cats is already designed with those principles in mind.

Bigger cats will need more food than smaller cats just to move their bodies around with them. A cat that weighs eight pounds, for instance, might only need around eighty percent of a cup of dry cat food a day. Wet food has fewer calories than dry food on average, because of the amount of moisture in wet food.

A five-ounce can of wet food should suffice for a cat that weighs around eight pounds. However, there are plenty of cats that are larger than that. A bigger cat might need twice that amount of food. Pregnant cats will certainly need more, and kittens will need more than their body weight would suggest. Kittens are still growing, and they will have high appetites as a result.

Cats with a higher activity level will probably want more food. They might also need more food, although it will only be a small amount of food by human standards. It should be noted that a lot of cats will not have a very high activity level. Cats tend to spend the majority of the day sleeping.

While some people might walk their cats, this is much less common than dog walking. People might play games with their cats. However, they will usually not do so all the time for an extended period of time. Letting a cat chase a piece of string for a few minutes is better than no exercise, but it is still a tiny amount.

It should be noted that a lot of cats will get more active by themselves. As long as people are giving them the sorts of food that is healthy for them and that will promote high energy levels, cats will have a tendency to stay active without a lot of help from their owners. Even if they stay in a cat bed most of the day, they still might be active enough on their own.

Getting cats scratching posts can actually help them get more exercise, in fact. Many cats will put a lot of effort into scratching at those posts. It might not look like a lot of exercises from the standpoint of a human. However, humans need more exercise than cats, and so do dogs.

Getting large scratching posts that cats can climb can allow them to get even more exercise. Given their tiny body size, this can be a lot of exercises. Humans are marathoners, while cats are sprinters when it comes to physical activity.

Cats themselves can help cat owners figure out how much food they really need. While it is true that some cats can get greedy, people should not assume that their cats are always just being greedy when they are crying for more food. Their hunger signals are in place, and their hunger signals can tell them when they need to eat.

People who feed cats when they are not hungry because they find feeding them cute might be training cats to ignore their natural hunger pangs. Otherwise, however, cat owners who listen to their cats will probably feed them enough. 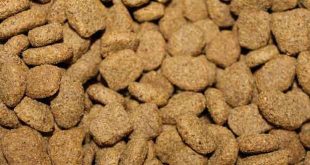 Maintained by Caring The Pet Team
© Copyright 2021, All Rights Reserved